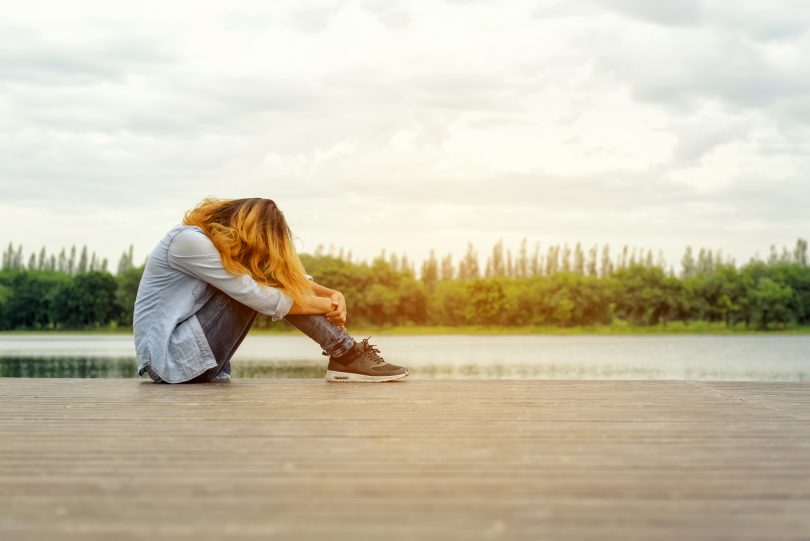 Like it or not, social media is everywhere these days. It’s how many people get their news, communicate with friends, and do business. But above all, social media is just that – it’s a place to be social. And that’s where girls with low self-esteem can get into trouble.

From Instagram to Snapchat and everything in-between, social media is a major part of young girls’ lives. But what exactly are they looking at? And how is it affecting the way they feel about themselves and their self-worth?

Turns out it could be affecting them more than you may think, and not in a good way. Let’s check out how social media can change the way girls with low self-esteem view themselves and the world around them.

Young girls today are not just inundated with photos of beauty on the pages of glossy magazines or on TV, it has now filled every last space of social media as well. Celebrities, Instagram models, social media influencers, and the like all fill their feeds with flawless images of themselves.

Technology now enables anyone to apply filters or edit their photos to their heart’s content. Many times leaving the photo drastically different than the original.

And young girls are seeing these edited photos and take it as reality. They see perfectly manicured women with perfect figures and perfect lighting and think to themselves, “I want to look like that”. So when they go to look in the mirror and the reflection doesn’t quite measure up, their self-esteem takes a huge shot.

These are also the same girls who live in fear of someone tagging them in an “ugly” photo on social media. They have control over the photos they post of themselves, but not what friends or family may post. Girls with low self-esteem fear the image and look they choose to portray will be tarnished by these “ugly” photos and will un-tag themselves from it faster than you can blink.

There are even ways young people can rank each other based on looks. Or they use hashtags like #tbh where girls can ask for honest opinions from friends and perfect strangers on if they think they are pretty or not. Some photo comparison apps will leave a large red X on the face of the loser.

There used to be a day when a note with the question “Do you like me? Check yes or no” was the standard by which acceptance was measured, but now it’s all over social media in the form of “likes” and “follows” and “friends.”

Girls will post new photos of themselves in the hopes of racking up a bunch of “likes” and positive comments, all feeding their self-esteem. But if that doesn’t happen, it can be a huge blow, especially to girls with low self-esteem.

Because this form of “rejection” isn’t just evident to them, it’s out there for everyone to see. Everyone who is able to view their page can see how well received it is – or isn’t. So they feel publicly embarrassed, in a way. Many girls admit to taking photos down that don’t receive tons of “likes”, for that very reason.

A lot of cyber-bullying centers around this activity. Girls can get mocked and teased for not being popular in the social media world. And this can roll into the real world if those girls happen to go to the same school together, which only further exasperates the problem.

Comparison Is the Thief of Joy

Just like with images of beauty, there are images of people living the good life. You seem them sprawled out on yachts drinking champagne, lounging around luxury hotel balconies eating a gorgeous Parisian breakfast, or walking city streets in the latest designer fashions.

And it can’t be that hard, right? Many social media influencers aren’t “real” celebrities. They’re just real people. So it couldn’t be that difficult to live the good life as well. Then suddenly their current life doesn’t measure up.

What these girls don’t see is the work, the struggle, and many times the staging that goes on behind the scenes of these photos. One social media influencer even admitted to getting herself into over $10,000 in debt just to portray the image she wanted everyone to see.

So when young girls start comparing their lives to the ones they see on social media, feelings of low self-worth and depression can set in.

What Can We Do?

Communication is key when it comes to helping girls with low self-esteem see that these images and forms of acceptance are not the standards by which they should build their self-worth. Parents should keep the lines of communication open and talk about these things with their girls. And with the age of children having access to social media becoming younger and younger, it should start early.

Many celebrities are getting into the fight as well. People like Demi Lovato and Hillary Duff, who have been body-shamed by the media in the past, purposely post unflattering photos of themselves on social media to show their fans that everything is not always as it appears. Supermodel Ashley Graham has redefined the boundaries of what size beauty can be.

Hashtags like #nomakeup and #nofilter are becoming increasingly popular on social media. They encourage girls to post natural, untouched photos and use the hashtags with them. It celebrates who they are and that everyone is beautiful no matter what.

It just goes to show how influential and major social media is. But with open communication and more positive role models in the social media world, we can start to have a beneficial impact on the lives of young girls everywhere.

Want to learn more about self-esteem issues? Make sure to check out more of the articles on our blog!